In February 2018 Twitter announced changes to their API requirements in an attempt to crack down on “malicious activity” targeted around big discussions like the US election. These new controls, which ban co-ordinated tweeting from more than one profile, are designed to prevent bots from spreading spam, and taking over conversations and trending hashtags. We believe that these new controls will be good for Twitter as a platform: improving the quality of the space and the interactions we all have there.

The new rules mean that all services like SmarterQueue are responsible for preventing their users from simultaneously posting “identical or substantially similar content to multiple accounts”. We understand from discussion with Twitter that this means:

If you want to share the same post across multiple profiles, or to repeat it on your own profile, Twitter now recommends that you retweet your original post. However, if you currently use a tool to automate retweeting, you need to be aware that as part of this rule change Twitter is also preventing tools from allowing likes and retweets from multiple profiles simultaneously. (NB: TweetDeck currently allows this, but the option is being removed).

How Does This Affect Evergreen Recycling?

Update: We’ve added a brand new feature, Variations, which allows you to create as many text and media versions of an Evergreen post as you like, keeping your social feeds fresh and enticing.

SmarterQueue has introduced an updated version of Evergreen Recycling to comply with Twitter’s new policies.

Evergreen Recycling will continue to work as it always has done. All that changes is the smart stuff we do for you behind the scenes.

We’ll be checking each tweet before publishing, to find out whether it’s been sent on any of your Twitter profiles already (profiles connected within your SmarterQueue account). If it is a duplicate, we will retweet the original post instead of sending a new tweet. This will have the effect of bumping the tweet to the top of your feed, and showing it to your followers again.

If you’d prefer not to retweet, make sure you set up Variations when you’re scheduling your posts and they’ll go out as brand new Tweets each time.

Do I Need To Do Anything?

You won’t need to do a thing – your Evergreen posts will continue to recycle. We’ll automatically detect if any tweets would be a duplicate of an existing tweet. We look for duplicates in all your past posts for all your profiles. We’ll then post them as a retweet, ensuring they appear as planned in your feed.

We have made a handy tool available to help you find and update any duplicate tweets.

Twitter is vague about what they deem to be “substantially similar” content. They don’t provide guidance about what or how much you need to change for them to consider a post new. If in doubt, we recommend erring on the side of caution, so you should change more than you think, if re-purposing an existing post.

If you are creating a new tweet for multiple profiles, take advantage of our custom text feature. This allows you to customise the text for each profile, to make sure the tweets are different from profile to profile.

The new Twitter rules are going to make many of us think harder about our Twitter strategies. But, in the long run, this should be a good thing. We’re all tired of competing with the profusion of spambots on Twitter; now we can look forward to a cleaned up space where real users can shine. 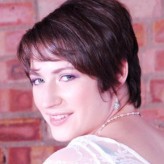 Sarah Lockwood is Head of Marketing & PR for SmarterQueue, based in London, UK.

Introducing the New and Improved SmarterQueue!

Stay Connected to Your Customers with Social Inbox